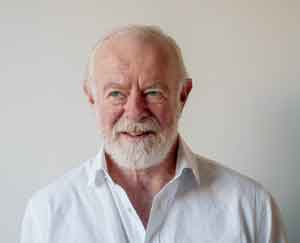 The annual award celebrates critical commentary on the visual, performing and literary arts. It is intended to honour informed and compelling writing that stimulates critical thinking, fosters ongoing discussion about the role of arts and culture in contemporary society and demonstrates the value of creative commentary in our understanding of the world around us. The winner receives a prize of $5,000 and a gold and emerald pin designed by Vancouver artist Robert Chaplin.

The award was established in 2017 by philanthropist Yosef Wosk to honour the career and lifetime contributions of the Vancouver author, arts critic and commentator Max Wyman. It recognizes writers who have amassed a significant body of work. Eligible subjects of criticism include the visual arts, architecture and design, theatre, literature, dance, music, film and television, as well as more general cultural commentary.

Scott Watson is a Professor in the Department of Art History, Visual Art, and Theory at UBC and Director Emeritus and Research Fellow at UBC’s Morris and Helen Belkin Art Gallery. A curator whose career has spanned more than thirty-five years, Watson has published extensively in the areas of contemporary Canadian and international art. His 1990 book on Jack Shadbolt earned the Hubert Evans Non-Fiction Prize in 1991. Thrown: British Columbia’s Apprentices of Bernard Leach and their Contemporaries, was a finalist for the 2012 Roderick Haig-Brown Regional Prize.
He is internationally recognized for his research and work in curatorial and exhibition studies, contemporary art and issues, and art theory and criticism, and his curatorial distinctions include the Hnatyshyn Foundation Award for Curatorial Excellence in Contemporary Art (2010); the Alvin Balkind Award for Creative Curatorship in BC Arts (2008); and the UBC Dorothy Somerset Award for Performance Development in the Visual and Performing Arts (2005). As director of the Belkin, he encouraged many national and international collaborations, including Ruins in Process: Vancouver Art in the Sixties (2009), a collaboration with grunt gallery on an online digital archive of Vancouver art in the 1960s and early 1970s

In his long career as an innovative and visionary curator of contemporary art, Scott Watson has established a position as one of Canada’s pre-eminent writers on artists and arts issues. He has always been deeply engaged with the world outside the gallery walls, and his informed and accessible curatorial commentaries lead the viewer not only to fresh insights about the work under discussion but also, more generally, fresh understanding of art’s relationship with contemporary society. His humane and perceptive writings, as well as his work as director and graduate advisor to UBC’s Critical Curatorial Studies program, which trains curators and critics in their roles as interpretive intermediaries between contemporary art and the individual, directly embody the values this award was established to honour.

Yosef Wosk commented: “I have long been both an admirer and a beneficiary of Scott Watson’s brilliance and vision. His career is an object-lesson in how we can make art a necessary and enriching part of our lives.”
The 2021 award jury consisted of arts advocate Merla Beckerman, Yosef Wosk and Max Wyman.

The annual award celebrates critical commentary on the visual, performing and literary arts. It is intended to honour informed and compelling writing that stimulates critical thinking, fosters ongoing discussion about the role of arts and culture in contemporary society and demonstrates the value of creative commentary in our understanding of the world around us. The winner receives a prize of $5,000 and a gold and emerald pin designed by Vancouver artist Robert Chaplin.

The award was established in 2017 by philanthropist Yosef Wosk to honour the career and lifetime contributions of the Vancouver author, arts critic and commentator Max Wyman. It recognizes writers who have amassed a significant body of work. Eligible subjects of criticism include the visual arts, architecture and design, theatre, literature, dance, music, film and television, as well as more general cultural commentary.

Robin Laurence is an independent writer, critic and curator based in Vancouver. For three decades she was the award-winning visual arts critic for The Georgia Straight and for a couple of years in the mid-1990s, she wrote art reviews for The Vancouver Sun. She has been a contributing editor of both Border Crossings and Canadian Art magazines, for which she has written extensively. Her published work includes essays about art and artists in more than 60 books and exhibition catalogues, as well as reviews and features in local, national, and international publications. She is the author of A Sense of Place: Art at Vancouver International Airport and she recently co-authored Gathie Falk’s memoir, Apples, etc. Laurence holds a BFA from the University of Calgary and an MA from the University of Victoria. In 2016, she was awarded the RCA medal for “distinguished service to the visual arts and cultural community in Canada.”

The jury citation reads: Robin Laurence is regarded as the critic of record in the British Columbia visual arts community, a measure of her career-long dedication to the creative activity of the community’s artists and the institutions that sustain them. Her lively and accessible writing is informed by a deep commitment to all facets of the artform, reinforced by an authoritative grasp of art-historical and socio-philosophical context, and a ready willingness to engage with fresh and developing innovations and explorations in the field.

Yosef Wosk commented: “Robin Laurence’s insightful writings about the visual arts have stimulated and provoked Canadian audiences for decades. She helps us to see. The pandemic has placed tight restrictions on our live experience of the arts, but if we can’t be physically present, the next-best thing is the virtual experience, augmented by the contextualization and informed commentary of a voice we can trust. Robin Laurence is such a voice.”

The 2021 award jury consisted of Brenda Leadlay, Executive Director of the B.C. Alliance for Arts and Culture, Scott Watson, Director of the Morris and Helen Belkin Art Gallery at the University of BC, and Max Wyman. 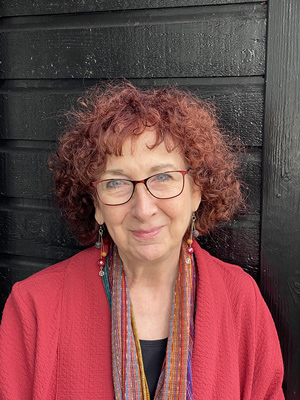 Dorothy Woodend, the culture editor for the on-line news magazine The Tyee, was the winner of the 2020 Max Wyman Award in Critical Writing. A secondary mentorship prize, in the form of a residency at the Banff Centre for Art and Creativity, recognizing an emerging critical writer chosen by the award winner, was won by Paloma Pacheco, a Vancouver-based freelance writer and a graduate student at UBC’s School of Journalism, Writing and Media.

“Much has been made in recent years of the so-called death of criticism at the hands of social media,” said Yosef Wosk. “But in a time of unprecedented social upheaval, informed discussion of the imagined alternatives presented by our artists becomes a vital part of our forward journey. I am delighted that this prize is going to a writer of such insight, empathy and courage.” “The Banff Centre is delighted to be part of this important initiative,” said Centre Vice-President of Arts and Leadership Howard Jang. “We see the mentorship as a perfect fit with our central aim to unleash creative potential through cross-disciplinary learning.”

Dorothy Woodend is the culture editor for The Tyee. She maintains an active freelance writing career, contributing to newspapers and magazines across Canada and the U.S., including The Globe & Mail, the Vancouver Sun, Elle Canada, Chatelaine, as well as a number of literary anthologies. She has twice been awarded the Silver Medal for Best Column from the Digital Publishing Awards and was also nominated this year for a National Magazine Award for Best Column for her work with The Tyee.

Born in Vancouver and raised in the Kootenays, she holds degrees in English from Simon Fraser University and Film Animation from Emily Carr University. In 1998, she co-founded Eponymous Inc., with Jim Smith and Bernard Sauvé, working with a number of Vancouver artists and organizations, among them The Holy Body Tattoo, Vancouver New Music, Kidd Pivot and Wen Wei Dance.

She was the associate editor and art director for Hodgepog Books, an award-winning children’s press from 1998 to 2001, and from 2005 to 2010 was the associate editor for the Vancouver International Film Festival, helping to produce the annual festival program. She has worked with the Whistler Film Festival, the National Film Board of Canada and the Available Light Festival. In 2008 she joined the board of the DOXA Documentary Film Festival in Vancouver and in 2010 became its director of programming. She was the acting-festival director from 2017 to 2018 and is currently the senior festival advisor. In 2004, Dorothy became The Tyee’s film critic, and became culture editor in 2019. She is a member of the Broadcast Film Critics Association, the Vancouver Film Critics Circle and the Alliance of Women Film Journalists.